This Is Not The Definition 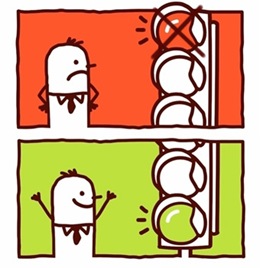 The definition in a cryptic clue is not always a synonym of the answer. Sometimes crossword setters take the twisted route of defining the answer as the opposite of its antonym. Why do they do that? It could be that a lack of variety in available synonyms means that an antonym expands the range of wordplay options, as in:

Independent 7588 (Anax): Not a word meaning 'many' - not 'varied' (7) ANTONYM
(MANY NOT)*, with "varied" as anagrind and "not a word meaning" as the roundabout definition.

A negated antonym can be used for wordplay components within the clue as well. For example:

Guardian 25438 (Brendan): Husband with weapon not so benign (8) HARMLESS
H (husband) ARMLESS (with weapon, not so), and "benign" as the definition. The negated antonym for ARMLESS also produces a more compelling surface - "not so" appears to be joined to "benign" in a lift and separate style.

One might question the logical accuracy of this device. Till a while back, I wondered why "not finished" meant "started" (why not "in progress"?), or "not going" meant "coming" (how about "stationary"?). I have come to a grudging acceptance now – while "not going" isn't necessarily "coming", I guess the point is that it can mean that.

In most cases the way out is to consider the logical extreme, unless the clue has words like "not quite" or "not really". This brings in another level of complexity – now the setter may not be asking for a total reversal, merely a shift to a lower gradient.

The setter can potentially take a lot of liberties with this device and it needs care to decide if the clue works fairly enough to be solvable.

These clues have some "antonym rejection" going on. Enjoy solving.

Independent 7389 (Radian): Freewheels topless all over the place? Not here (9)

If you wish to keep track of further articles on Crossword Unclued, you can subscribe to it in a reader via RSS Feed. You can also subscribe by email and have articles delivered to your inbox, or follow me on twitter to get notified of new links.